The Government have received criticism for not encouraging cycling in Hong Kong, but change is coming slowly. Cycling initiatives are a key part of new developments at Yuen Long South and Hung Shui Kiu, along with longer intra city cycleways connecting the New Territories and existing piecemeal sections of path.

Hong Kong’s already crowded streets prove challenging to incorporate adequate cycle lanes. As Secretary for Transport and Housing Anthony Cheung remarked ‘“If dedicated cycle lanes are to be designated on the road space, the existing walkways or carriageways will need to be narrowed, inevitably bringing inconvenience to other road users or aggravating road traffic congestion, and easily causing traffic accidents. Allowing a large number of bicycles to share the busy roads in urban areas with other vehicles without dedicated cycle tracks will also increase the risks of accidents.” 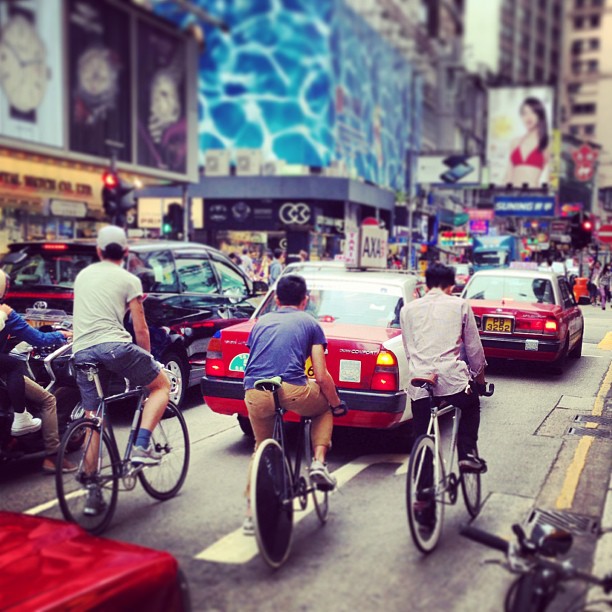 For a city in which visibility is less than eight kilometres for 30% of the year, and in which cases of asthma and bronchial infections have soared recently, there is a remarkable unwillingness to move towards Bicycle Urbanism.The government maintains a position that limited road space means priority lanes for cyclists are impossible to achieve, however, Hong Kong people believe roads are for cars, and so cycling will continue to carry too many risks for most population to consider. 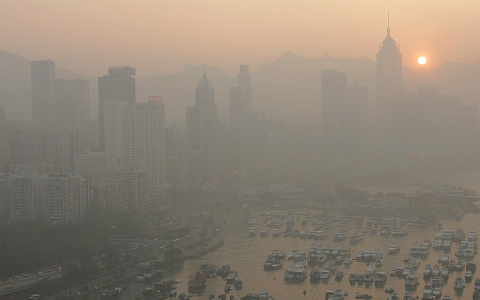 Grass roots movements are beginning to emerge, instead of waiting for the government to designate bike lanes, lawmaker Edward Yiu proposed the Tin Kwong ride, meaning ‘meaning dawn ride’ as a way for cyclists to move towards a better bicycle culture in Hong Kong by simple riding en masse. The ride, organised by lifestyle websites Bike the Moment and Rideout, attracted around 100 riders, and has become a weekly occurrence.

In Edward Liu’s own words “ the more people there are cycling, the safer it is,” “If other drivers know that there will be a lot of cyclists on the road at that time, they will know how to follow the rules of the road and at the same time it will reduce the amount of people driving. So that will improve air quality and prevent congestion.”